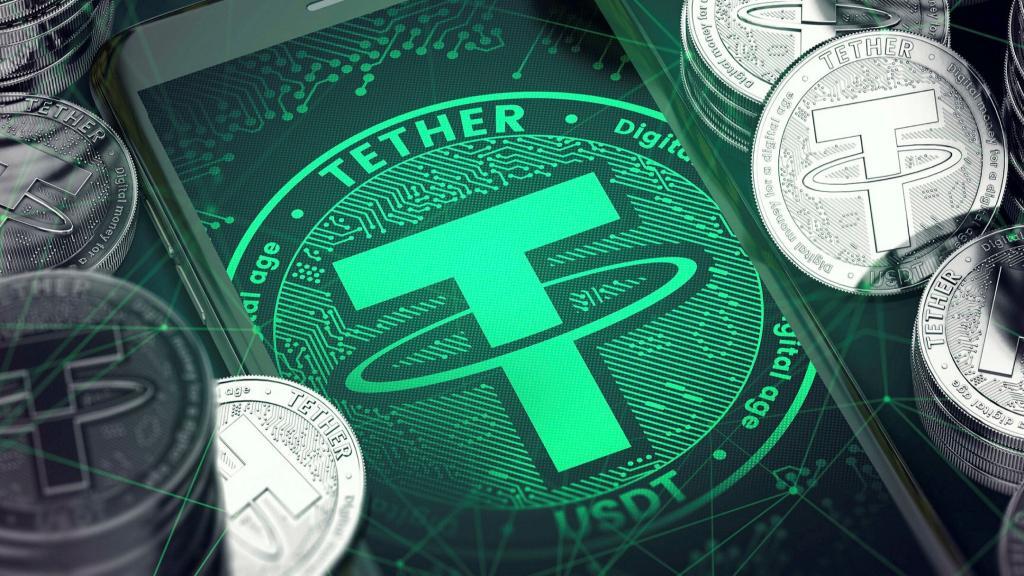 Tether (USDT), a cryptocurrency, has a value that is similar to the U.S. Dollar in fact it mirrors the USD.

The goal was to create a stable cryptocurrency that could be used as digital dollars.

These coins are known as "stable coins" because they can be used to replace a stable dollar.

Their website explains that Tether converts cash to digital currency. This anchors or "tethers" the value of the coin with the prices of national currencies such as the US dollar, Euro, and Yen.

But It is not like other cryptos, according to the official Tether website, it is "100% backed USD" (USD is kept in reserve).

Tether's primary purpose is to provide stability in the volatile crypto space. It also provides liquidity to exchanges that can't trade dollars or with banks (for instance, to Bitfinex, a controversial but well-known exchange).

According to its legal section, the company Tether Limited issues digital coins. It is subject to the laws of the British Virgin Islands.

It is registered in Hong Kong. It was discovered that Jan Ludovicus van der Velde, the CEO of Bitfinex cryptocurrency exchange, has been implicated in price manipulations of bitcoin and tether.

Many traders will use tether for buying other cryptocurrency like bitcoin.

The tether can also be used to bypass bank relationships that exchanges may have. USDT is very simple to use.

It can be used to buy Bitcoin or other cryptocurrency by placing it on exchanges such as Bittrex or Poloniex.

It can be transferred easily from an exchange to any Omni Layer-enabled wallet.

Tether does not charge transaction fees. However, external wallets or exchanges might charge one. Users must pay a small fee to convert USDT into USD or vice versa via the Tether.to platform.

The tether can be bought and sold through many exchanges, including the ones listed above. You can also use the Tether.to platform to convert USD to and from your bank accounts.

What is Tether cryptocurrency?

Tether cryptocurrency aims to bring real-world currency to the blockchain, see the following video to get more information about Tether Cryptocurrency.

What Is The Tether Trusted Exchanges?