WWF WrestleMania is an exaggerated fighting game that uses digitized sprites of the featured professional wrestlers, similar to Mortal Kombat. Players battle through one-on-one, one-on-two, and one-on-three matches to claim either the Intercontinental Championship or WWF Heavyweight Championship. Vince McMahon and Jerry Lawler provided commentary and the game was later ported to home consoles by Acclaim Studios Salt Lake City, which would make the successor title, WWF in Your House. 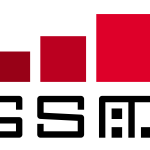