Continuing from the previous article on checking your VPS/Server for possible security compromises.

We covered some basic techniques to collect the necessary information for tracking intruders in the previous article. We cannot trust binaries on a compromised VPS/Server since they can be trojaned by attackers.

We cannot rely on our VPS/Server's operating system since it might be compromised too. The attacker could have trojaned binaries such as ‘ls', ‘find', and ‘netstat', so their output could mislead you. Consequently, we need to use a different operating system environment to investigate the compromise safely.

This can be done by using the ‘Rescue Mode' feature provided by the VPS/Server Hosting Manager, or for Localhosts you can use Finnix Media Rescue LiveCD, and you may need to create an Finnix Rescue USB-Stick.
if you on a Hosting Company, The rescue boot will use your current VPS/Server Public IP. Your original VPS/Server devices will be accessible within the rescue mode either as /dev/sda1 (root) and /dev/sda2 (swap), or as /dev/xvdb1 (root) and /dev/xvdb2 (swap). The device will differ depending on the distribution image used to build your VPS/Server.

A temporary root password will be flashed when the image has booted. Note: the SSH server key on the rescue image will be different from that on your regular VPS/Server.

There are three important things to keep in mind when connecting to the VPS/Server in this mode.

3- You need to use port number 22 for the ssh connection.

Configure your ssh client according to these three points and make an ssh connection to the VPS/Server.

Mount the file system of the original VPS/Server into /mnt/demo:

There are several tools we recommend you install to scan your files.
I would recommend installing chkrootkit using your package manager rather than compiling from source.

We need to run chkrootkit against the mounted file system of the normal VPS/Server:

After you install rkhunter following this article you can run it against /mnt/demo.

A compromised VPN/Server may have entries like the following:

All changes to the packaging system are stored in /var/log/dpkg.log on Debian-based distributions.

This will show the last 50 lines of the dpkg.log file. We need to check this file for any suspicious activity like installed or removed packages, or a modified bus.

The ‘find' command is usually used to find filenames which have specific patterns. However, we can also use it to find the files modified/accessed within a specific time period.

For example we can find all files in /etc owned by root that have been modified within the last 2 days:

The options we can use here are:

There are also versions of the atime, ctime, and mtime arguments that measure time in minutes:

Let's find all files in our VPS/Server owned by the demo user that have been accessed within the last five minutes:

Another place to look would be log files in the /var/log directory. For example, auth.log records user logon information including their IP address.

In this article we learned how to investigate our VPS/Server in rescue mode. The next step is to back up the data and rebuild the VPS/Server. 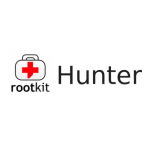