DNS is the system which is used to convert human-readable hostnames (such as example.com) into the IP addresses that are actually used to contact the services running upon them.

If you're running applications that require the lookup of a large number of IP addresses the single best thing you can do is deploy a local DNS-cache.

Many services perform DNS lookups, including webservers and log-analyzing software, and mail-servers.

NOTE: Mail-servers might perform significantly more DNS lookups than you expect if you're using a DNS-based blacklist for rejecting SPAM at submission-time.

One of the simplest DNS dedicated DNS-caches is pdnsd, this works in two ways:

Once installed you need to change the “START_DAEMON=” setting to be “yes” in /etc/default/pdnsd, at which point you can start the deamon:

Assuming that works you can test the software by performing a lookup, and timing it:

If that second query was indeed “instant” then you can switch to using your caching DNS server by updating /etc/resolv.conf to refer to it: 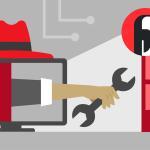 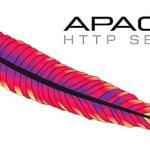