This ISO file BartPE, is a Pre-Installation Environment (PE) running the Windows XP Home Kernel. that you can burn it to your CD/DVD or create your bootable USB Flash Drive, then you can Booting and running your PC using it.

It contains a useful backup software called EASEUS TODO BACKUP, which can back up an entire hard drive (or partition), and can restore it by completely erasing the boot drive and just restore the contents, unlike some backup software, which generally runs off of your boot drive, and when you restore, oftentimes files are not restored because they could not erase the old file as it was being used.

Bart’s PE-Builder is an useful utility that helps you build a BartPE bootable live Windows CD/DVD from the original Windows XP or Windows Server 2003 Setup CD.
BartPE bootable CD is an useful tool. This can be used to rescue unbootable systems, maintaining systems and do much more.
Bart’s PE Builder Project is no longer supported, but its still useful some cases, so I do write this post for whome need it that including PE-Rebuilder also BartPE ISO file below. 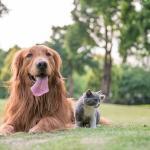