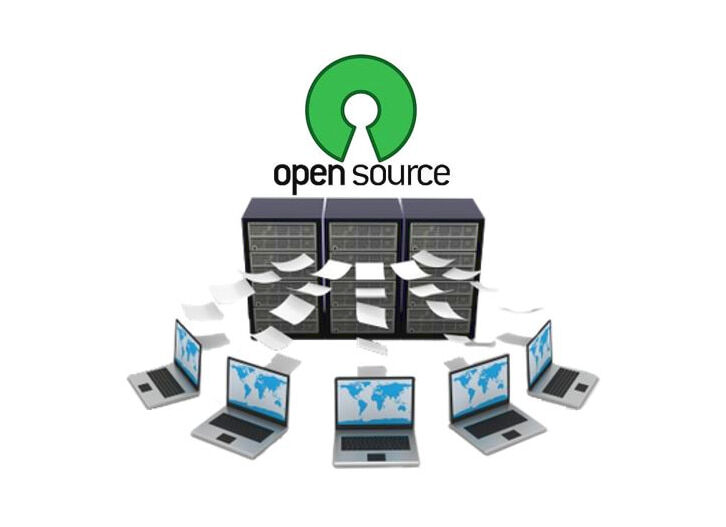 BackupPC is a Disk-to-disk backup software suite that is considered as one of the most popular free and open-source backup software. It has a web-based frontend with no need for client as the server is itself a client for several protocols, which are handled by other services native to the client OS. BackupPC is using a combination of hard links to reduce the total disk space utilized for files. During the first full backup, each and every file is transferred to the backend, optionally compressed, and then compared. All similar files are hard linked and use only one additional directory entry.

Bacula is a set of Open Source, enterprise ready, computer programs that permit you (or the system administrator) to manage backup, recovery, and verification of computer data across a network of computers of different kinds. Bacula is relatively easy to use and efficient, while offering many advanced storage management features that make it easy to find and recover lost or damaged files. In technical terms, it is an Open Source, enterprise ready, network based backup program. 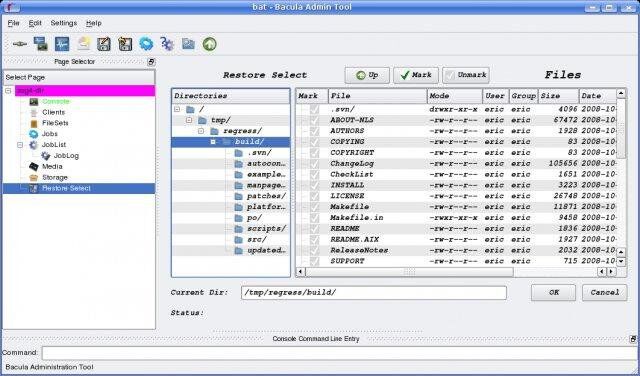 Amanda is the most popular open source backup and recovery software in the world. Amanda protects more than half a million servers and desktops running various versions of Linux, UNIX, BSD, Mac OS-X and Microsoft Windows operating systems worldwide. 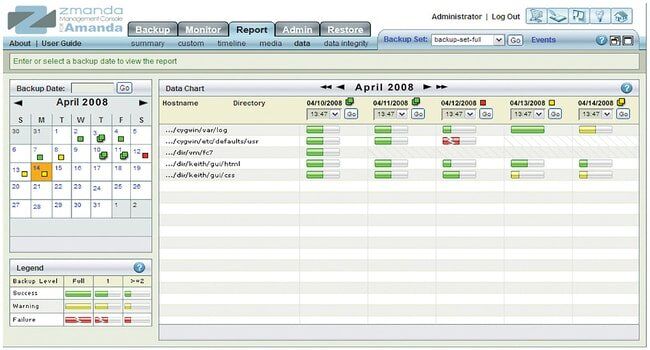 Areca Backup is a personal file backup software written in Java. It includes a backup engine, along with a graphical user interface and a command-line interface. It has been designed to be as simple as possible to set up with no complex configuration files to edit. It is also flexible since it can use advanced backup modes (like “delta backup”) or simply produce a “basic” copy of your source files as a standard directory or zip archive (readable by WinZip or other archivers). Areca Backup will also allow you to interact with your archives and the files they contain. You can track different versions of a specific file, browse your archives, recover or view specific files, and merge a set of archives. 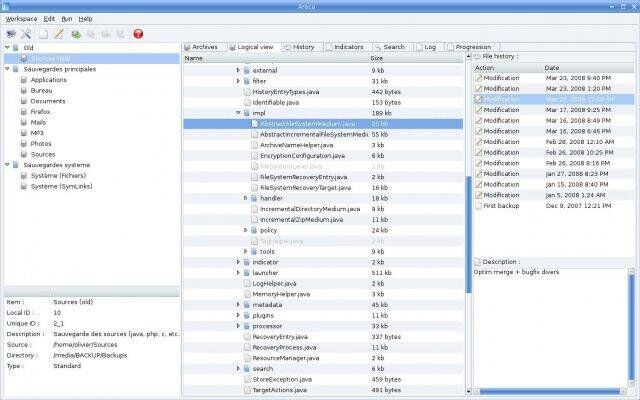 Duplicati is a free backup software to store encrypted backups online for Windows, macOS and Linux.
works with standard protocols like FTP, SSH, WebDAV as well as popular services like Backblaze B2, Tardigrade, Microsoft OneDrive, Amazon S3, Google Drive, box.com, Mega, hubiC and many others. 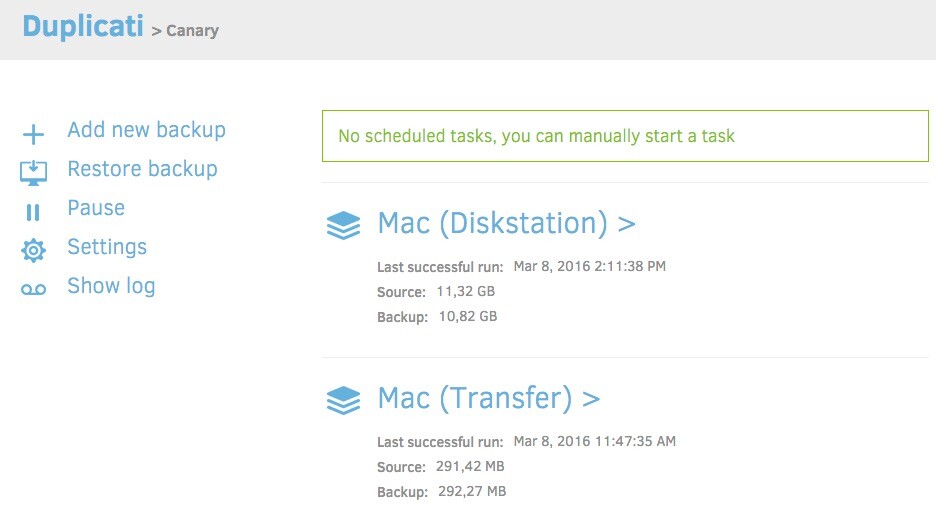 UrBackup is an easy to setup Open Source client/server backup system, that through a combination of image and file backups accomplishes both data safety and a fast restoration time. 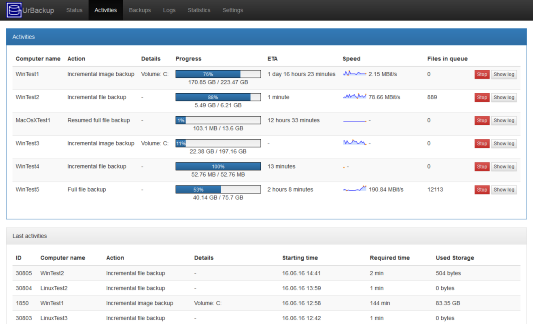 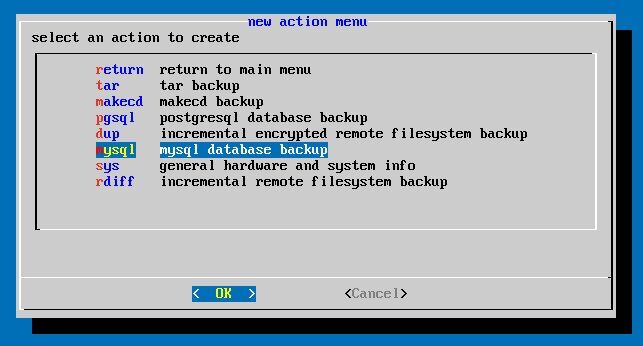 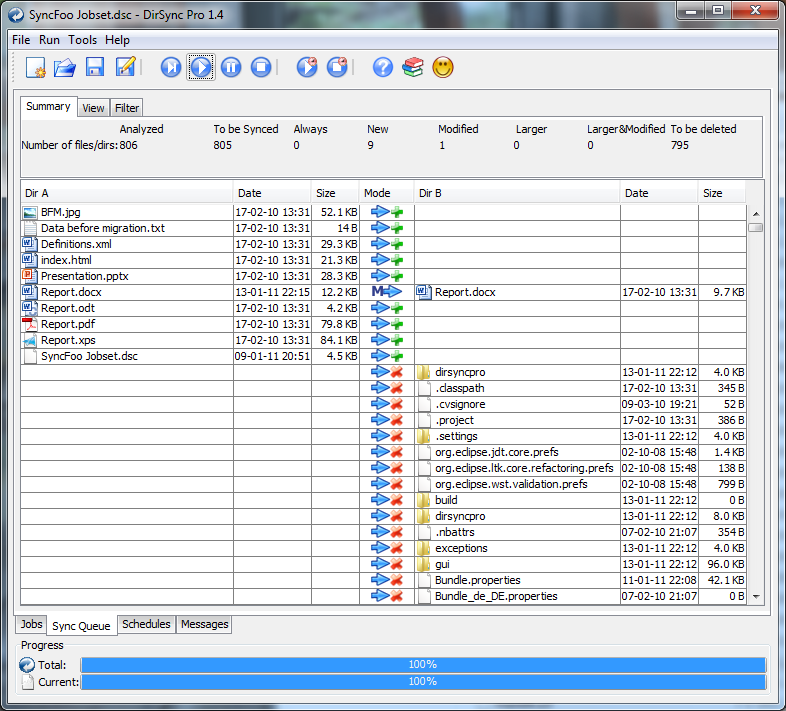 luckyBackup [development is frozen but still maintained and supported] is a fast and reliable free backup application that has a graphical user interface (GUI) based on the cross platform Qt libraries and is not fundamentally console based or web based as many of the clients from the list of backup software are. Its GUI is already translated in many languages and is notable for its availability directly from the repositories of all major Linux distributions including Debian, Ubuntu, openSuse, Fedora, Mandriva, Arch, Slackware, and Gentoo. luckyBackup shares the data differencing and copying tool, rsync, with BackupPC, rdiff-backup, and several others. 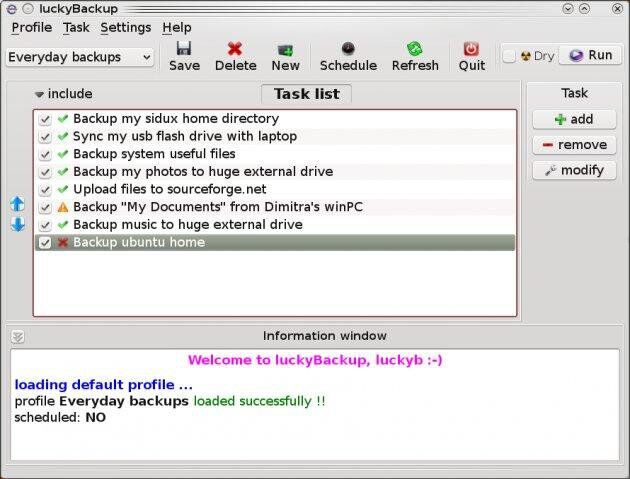 Partimage [does not support ext4 or btrfs filesystems] is a free and open-source disk backup software. It can save partitions in many formats to a disk image. Using Partimage, partitions can be saved across the network using the Partimage network support, or using Samba / NFS (Network File Systems). This provides the capability to perform a hard disk partition recovery after a disk crash. Aside from running as part of your normal system, Partimage can be loaded as a stand-alone from the live SystemRescueCd, which is helpful when the operating system cannot be started. SystemRescueCd is packed with data recovery software for Linux that you may need. 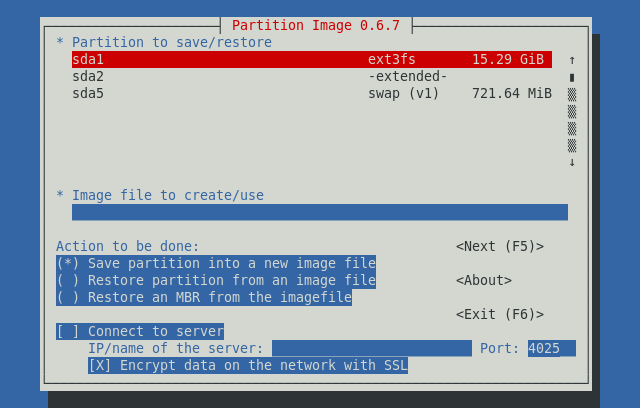 Mondo Rescue is a reliable free disaster recovery solution. It backs up your Linux server or workstation to tape, CD-R, CD-RW, DVD-R(W), DVD+R(W), NFS or hard disk partition. Mondo Rescue supports several file systems including LVM 1/2, RAID, ext2, ext3, ext4, JFS, XFS, ReiserFS, VFAT, and can support additional file systems easily. It also offers support for software raid as well as most hardware raid controllers. Mondo runs on all major Linux distributions such as Ubuntu, Red Hat, SUSE, Mandriva, Debian, and Gentoo. However, you can use it to backup non-Linux partitions like NTFS if needed. 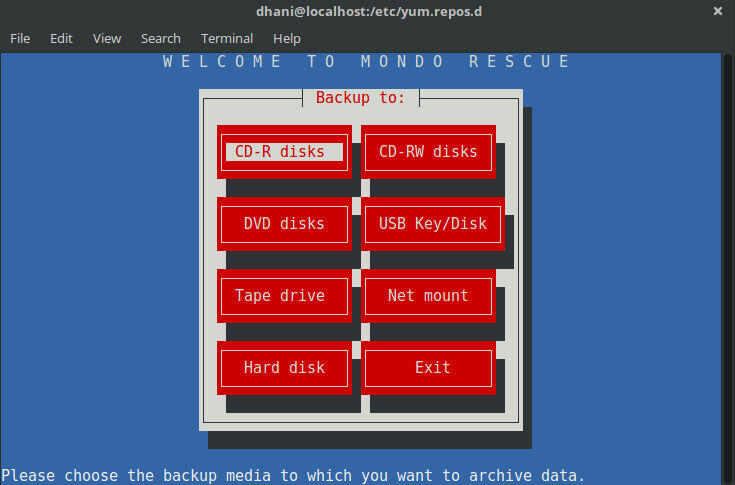 duplicity is a very useful tool to make remote unassisted backups. The backups can be incremental, encrypted, and over a variety of transports. see usage and examples [Duplicity backup howto] 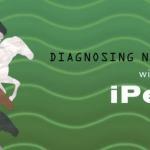 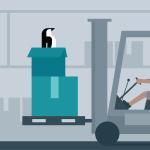