The blockchain is an online ledger that records transactions in real-time. from the cryptocurrency point of view, It allows people to send money directly to each other without going through banks or financial institutions. This makes it possible for individuals to create their own digital currency.

A blockchain is a decentralized database that stores data across multiple computers. Each computer has its own copy of the data, so no one computer can edit the data. Instead, every computer must agree with the changes made by another computer before those changes become permanent.

What Is Blockchain Technology?

In simple terms, a blockchain is a distributed ledger that records transactions between two parties efficiently and securely. This means that there is no central authority that controls the network. Instead, each node (computer) in the network agrees to record the transaction based on the rules set out by the other nodes.

How Does It Work? (The Basics)

A blockchain is a decentralized database that stores data across multiple computers. Each computer has its own copy of the data, so when one node updates its copy of the data, all the other nodes update theirs as well. Because every node has access to the same data, the system is secure.

Why Should You Care About Blockchain?

If you’re interested in learning more about blockchain technology, there are several reasons why you should care. First, blockchain technology is being used by some of the largest companies in the world. Second, it’s becoming increasingly popular with startups because it offers an alternative to traditional databases. Third, it’s helping to solve real-world issues.

The Future Of Blockchain

In short, blockchain technology is a distributed database that allows people to share data without having to trust each other. This means that no one person has complete control over the data. Instead, everyone who wants access to the data must agree to follow certain rules. These rules ensure that only authorized users can see the data and that the data cannot be changed once it’s been shared. 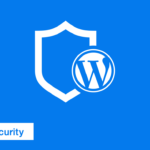 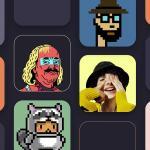